What are Developer Relations?

Developer Relations, or DevRel for short, pops up everywhere. Many startups, software- or platform-focused companies and the tech giants seem to be doing it. What does it stand for ?

Why we need Developer Relations

Programming is a complex activity. Communication between humans and machines does not work via speech but code. Currently, only a small portion of people are able to interact with technology. Programmers tell machines what to follow, what to do “under the hood” and how to display the result to users.

Consequently, companies which invent a specific technology or offer a platform want developers to succeed. They want to enable them to get knowledge and apply it to all parties’ best usage (provider, consumers, producers).

A good example is the Android ecosystem. Programmers depend on the fact that this OS remains the leading framework. If many cellphone owners have an Android phone the probability for a high number of app sales and monetization is high.

At the same time, the provider – Google – needs developers, either as independent actors or as coming from another company. Without their apps the platform would be empty or severely lacking in offers. Both sides depend on each other.

A large chunk of projects in software engineering can only be realized by community spirit. Open source principles and the volunteering that comes with them have strongly influenced the culture. That is why developers expect businesses to prioritize continuous learning and a sharing approach. This is incorporated in the agile manifest: people before processes.

What are Developer Relations then? Which goals and tasks does this field of expertise comprise?

Developer Relations stand for all strategies and measures which bind developers to a company or organization and connect them to each other in the wider community.

Developer Relations is not the sole terminology for these kind of activities. Other names are:

Developer Advocates and DevRels are often programmers themselves. On top of that they are highly communicative and editorial. Evangelists are born “people persons” and this shows. Whether at events, meetups or in mails, DevRels display empathy, warmth and spokespersonship for their developer community.

Despite the diverse terminology one standard has been established. It is acknowledged that Developer Relations cannot be subsumed under one concrete discipline. DevRel is transdiciplinary, in multiple ways.

There are manifold similarities to platform and community management. Interesting users for a company, increasing loyalty and driving up interactions and usage are cornerstones for very community manager.

To encourage shared learing and to influence members’ personal development is taken from the toolset of corporate community managers and change managers.

Programming itself supplies the majority of principles in DevRel. Thirst for personal improvement, an eye-to-eye culture and a sharing is caring basis have highly influence the ways DevAdvs work.

Last but not least, understanding technology and applying the knowledge for the benefit of all parties originate in the various teaching initiatives which came out of universities and the communities themselves.

The aim of Developer Relations is to explain offers and to activate the community. Programmers are meant to be close to the company. In turn, they highly benefit from the close relationship. At its core, DevAdv is about extending a helping hand, motivating to self-start initiatives and connecting appliers in the network.

What Developer Relations absolutely don’t do is marketing and sales. These are firmly in other departements’ corner. DevRel prioritizes long-term relationships without an immediate benefit to quick conversions.

DevRels activate members with a varied approach. A comprehensive, but not exhaustive, list of tasks is:

The importance of being present locally cannot be stressed enough! Developer communities define themselves strongly by in-person relationships despite their online nature.

A provider’s input into developer relations is difficult to grasp in sales numbers. The ROI is enormous, however. Loyalty and enthusiasm for a brand is immeasurable. Several frameworks have been and are applied to estimating the return.

For instance, meauring the impact of in-person events (reach in terms of group size and local developer number) is one of the highly-used approaches. Reach of tutorials, knowledge gain and social return are equally applied.

A high number of esteemed companies and foudations have set up DevRel teams. Startups show a similar trend, especially when the evangelism leads to a quicker build-up and growth. This is especially true for blockchain ecosystems which only advance through developer collectives.

Businesses which do not necessarily do outreach benefit from a different angle. Employer branders increasingly face difficulties when it coms to hiring qualified tech staff. With DevRel, they find a more bilateral approach to relationship building.

So far, the numbers of DevRels in Europe are thin. This being a rapidly growing field, we can expect to see more DevRel professionalization and representation very soon. It won’t take long until DevRel has been established as one of the core practices of every tech-oriented organization. 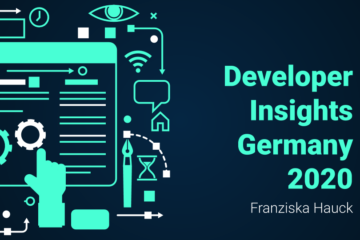 As a DevRel specialist, I get a lot of questions on the markup of developers in my region. Luckily, I was able to compile some very interesting statistics in a freelance project. All numbers are Read more…